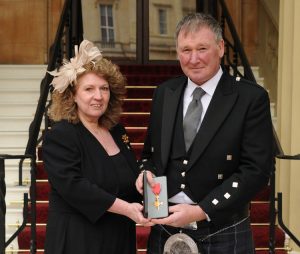 Andrew was born in 1962 in Orkney and has lived in the village of St. Margaret’s Hope all his life. He worked on the family farm, Smiddybanks, before gaining some independence by starting his own salmon harvesting business, Banks Sea Farms. Andrew and Susan were married in Edinburgh, Susan’s home city, in May 1986 and went on to have four children.

Andrew decided to close the salmon farm in 1997 so that he could concentrate on establishing Pentland Ferries. Since then he has been the Managing Director of the company and works between the office and on shore. In the 2014 New Year’s Honours List Andrew was awarded an Order of the British Empire by Her Majesty the Queen and attended his investiture at Buckingham Palace in March of that year where the Queen personally adorned him.

Susan was born in 1962 in Leith, Edinburgh, and lived there with her parents, brother and sister until she married Andrew in 1986 and moved to Orkney. Having four children, Susan certainly had her hands full, while also managing the finances for Banks Sea Farms. Since Pentland Ferries was established, Susan has taken the lead role in the company finances, working from an office in the family home.

We are very sad to announce that Susan Banks passed away on Saturday (16 April). She was much loved and will be greatly missed by the Banks family, her colleagues, and friends. 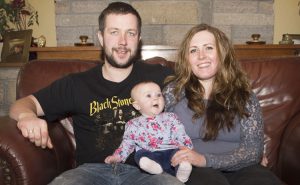 Kathryn, the eldest of Andrew and Susan’s children, was born in 1988 and lived in the family home in St. Margaret’s Hope until 2009 when she moved to Kirkwall. She has worked in the company since she was 13 starting as a part time Customer Services Assistant and, when she turned 16, she joined the ship in the summer as a Steward. After leaving school she worked full time as a Purser before moving to the office in 2009 to take up the role of Office Manager. She is currently the Designated Person Ashore and Deputy Company Security Officer. Kathryn continues to live in Kirkwall with her husband Michael and daughter, Sara, who was born in 2015. 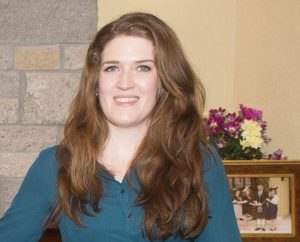 Laura, the second eldest daughter, was born in 1989 and moved to Edinburgh in 2007 to complete a Biological Science degree at Heriot Watt University. Like Kathryn, Laura worked in the family business as a Customer Services Assistant from the age of 13, at weekends and in the summer. In 2011 Laura graduated with Honours and started work immediately at the Western General Hospital as a technician in genetics.

In 2015 Laura moved back to Orkney for ten months to cover Kathryn’s maternity leave from Pentland Ferries. She currently works in the National Creutzfeld-Jakob Disease Surveillance and Research Unit in Edinburgh. Laura lives with her partner Jamie and their two children, Eddy (2018) and Rose (2020).

David, Andrew and Susan’s only son, was born in 1992 and lived in the family home until he moved to Toab, Orkney in 2015 with his fiancée Louise. After he left school David worked on the company ships as a Deck Trainee. Having completed some work experience at a local bodyshop garage in school he was offered a full time job in March 2009. In 2013 he decided to leave his job at the garage to work for the family business again and now works full time with Andrew in St. Margaret’s Hope. Louise also works in the company as an Admin Assistant. 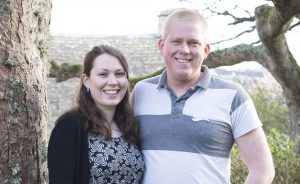 Jenni, the youngest of the family, was born in 1993 and has also worked in the business from a young age as Customer Services. After sixth year she attended Orkney College to do an HNC in Business before returning to work as an Admin Assistant at Pentland Ferries. Jenni worked part-time in Customer Services at the Pickaquoy Centre, before being offered a promotion to Personal Assistant (maternity cover) to the Management Team. In 2015, when her contract ended, she returned to Pentland Ferries as General Manager. Jenni now lives in Stenness with her husband Calvin and their daughter Jess who was born in 2019.

This website uses cookies to improve your experience while you navigate through the website. Out of these cookies, the cookies that are categorized as necessary are stored on your browser as they are essential for the working of basic functionalities of the website. We also use third-party cookies that help us analyze and understand how you use this website. These cookies will be stored in your browser only with your consent. You also have the option to opt-out of these cookies. But opting out of some of these cookies may have an effect on your browsing experience.
Necessary Always Enabled
Necessary cookies are absolutely essential for the website to function properly. This category only includes cookies that ensures basic functionalities and security features of the website. These cookies do not store any personal information.
Non-necessary
Any cookies that may not be particularly necessary for the website to function and is used specifically to collect user personal data via analytics, ads, other embedded contents are termed as non-necessary cookies. It is mandatory to procure user consent prior to running these cookies on your website.
SAVE & ACCEPT